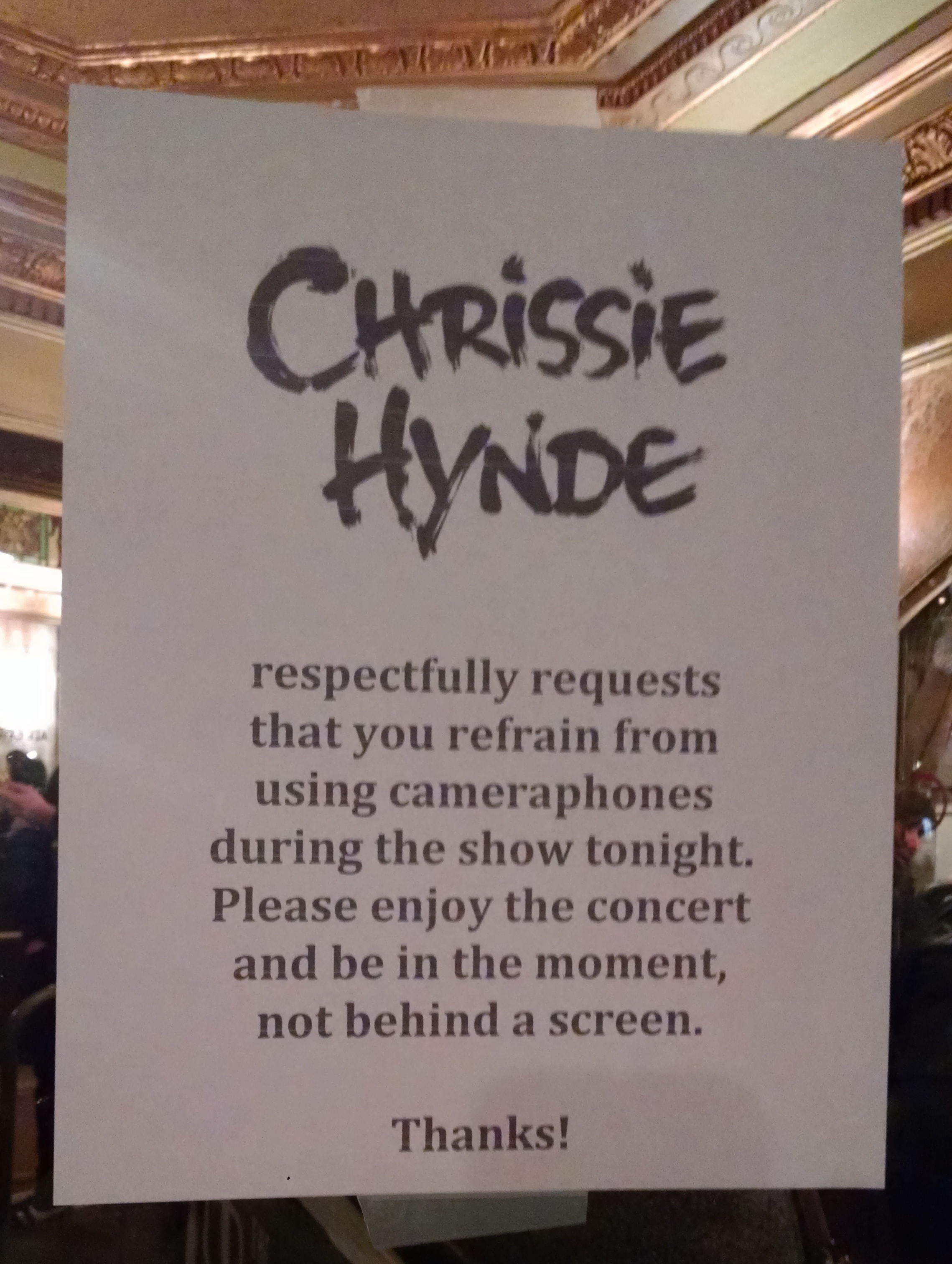 Chrissie Hynde is so cool.  She’s so punk rock, and rock’n roll, and the audience in the Loge last night at the Beacon was not punk rock and it was not rock’n roll.  It was a bunch of dinosaurs who have lost touch with their youth, and had no realization that they were at a rock’n roll concert.  They tried to get the two ladies in front of me to sit down and stop dancing by calling over not one, but two ushers to tell them to sit down.  So, what did I do?  After some choice words to the dinosaurs, I stood up and danced in a gesture of rock’n roll solidarity….and so did about a half a dozen youthful spirits around us…

Regardless of the audience, Chrissie still has it.  Her vibrato is as unique as it was 35 years ago.

Set Highlights From the Show:

And she closed with….

Here’s something that I found yesterday on the YouTube.  It’s pretty current with some Shirley Manson fairy dust…