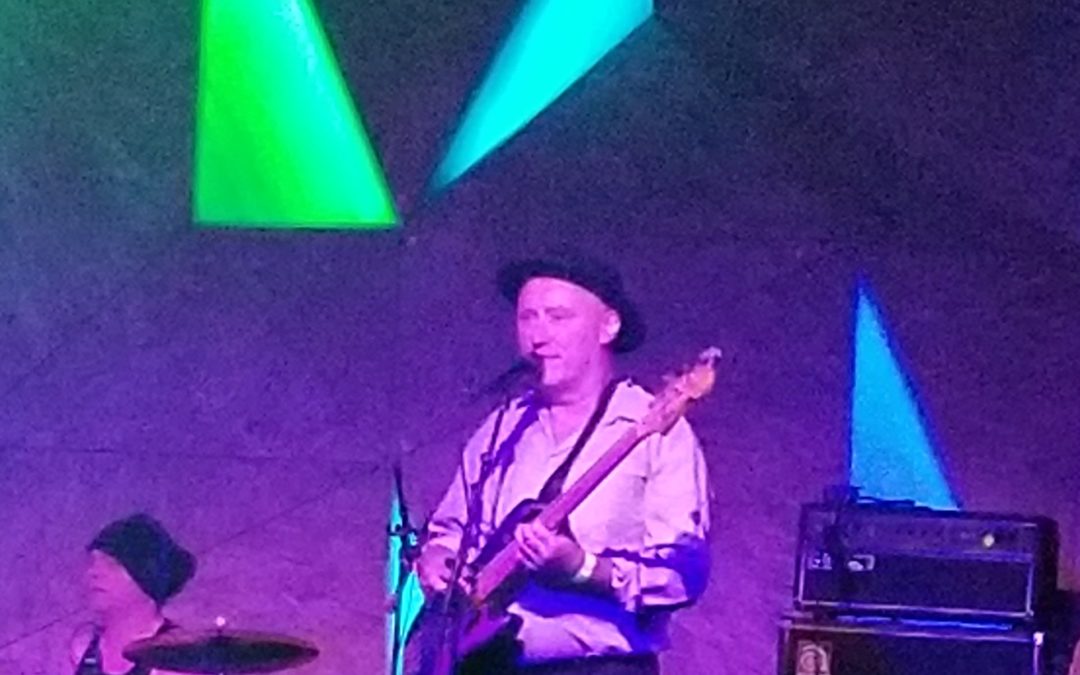 People talk about honesty in art, about truth, about players’ transformations and how sometimes they lose their heart.  Not Jah Wobble.  No way…I’ve never seen PiL with Jah, I’ve never seen his solo projects, and I’ve never really paid that much attention to him.

And then I did.

I bought his book “Memoirs of a Geezer”, I listened to as much of his discography that I could handle (it’s huge and exhausting) and I saw him play with The Invaders of the Heart at Elsewhere in Bushwick, Brooklyn this past October.

On stage he came off as the guy in the book – a straight shooter from the East End.  Jah mostly sits down while he plays, which I have to say – I  equally loved and equally laughed at. He’s still staying true to dub-step and playing hypnotic bass parts and I don’t think his playing has either evolved or devolved.  It is what it is.

I started to dissect the show and the “performance” and relate his past to what I was seeing in the present, but that was a waste of time.  I concluded that he’s truly a geezer.  What I saw was what I got.  What I would have seen in 1978, I mostly saw in 2018.  I don’t have much more to say.  I really think this guy’s playing speaks for itself.  There is no hidden message, he’s not trying to pull-one off on the audience.  He’s just being Jah.  Playing the same art and getting better at it…or not, but he’s truly playing and creating from his heart.

If you want a good read, I recommend his book. It’s uplifting and dark, hopeful and depressing, but completely honest.  He doesn’t hold back.  He calls out tons of crap on his mates and on himself.  It’s almost like reading through a diary one keeps for therapy.

I would see Jah play again.  Next time I won’t take the show as serious as I did coming into it – he’s got quite a sense of humor, and is a total pisser.  I’ll throw those those expectations out the window and enjoy myself more…while he’s sitting and playing, and I’m dancing.